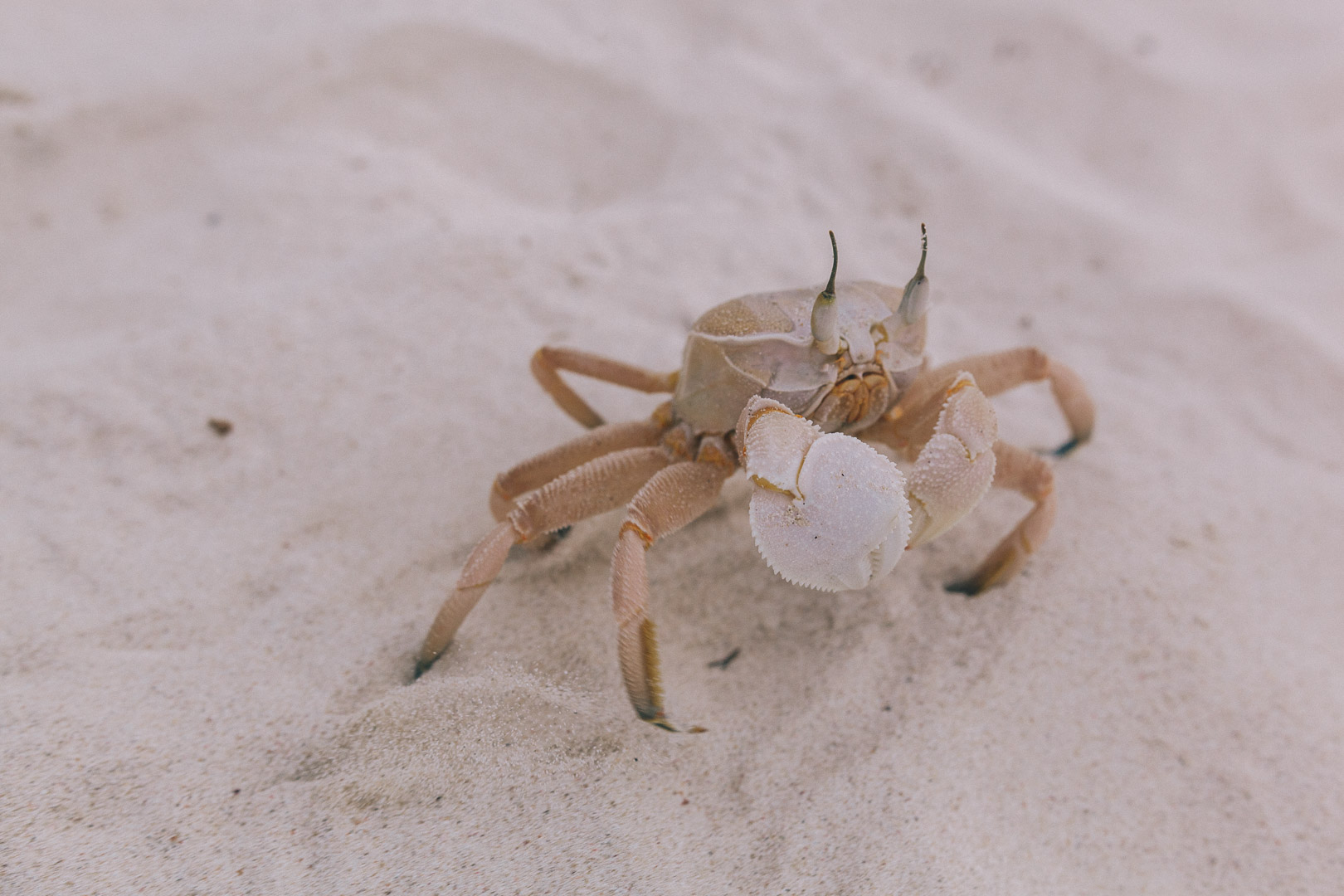 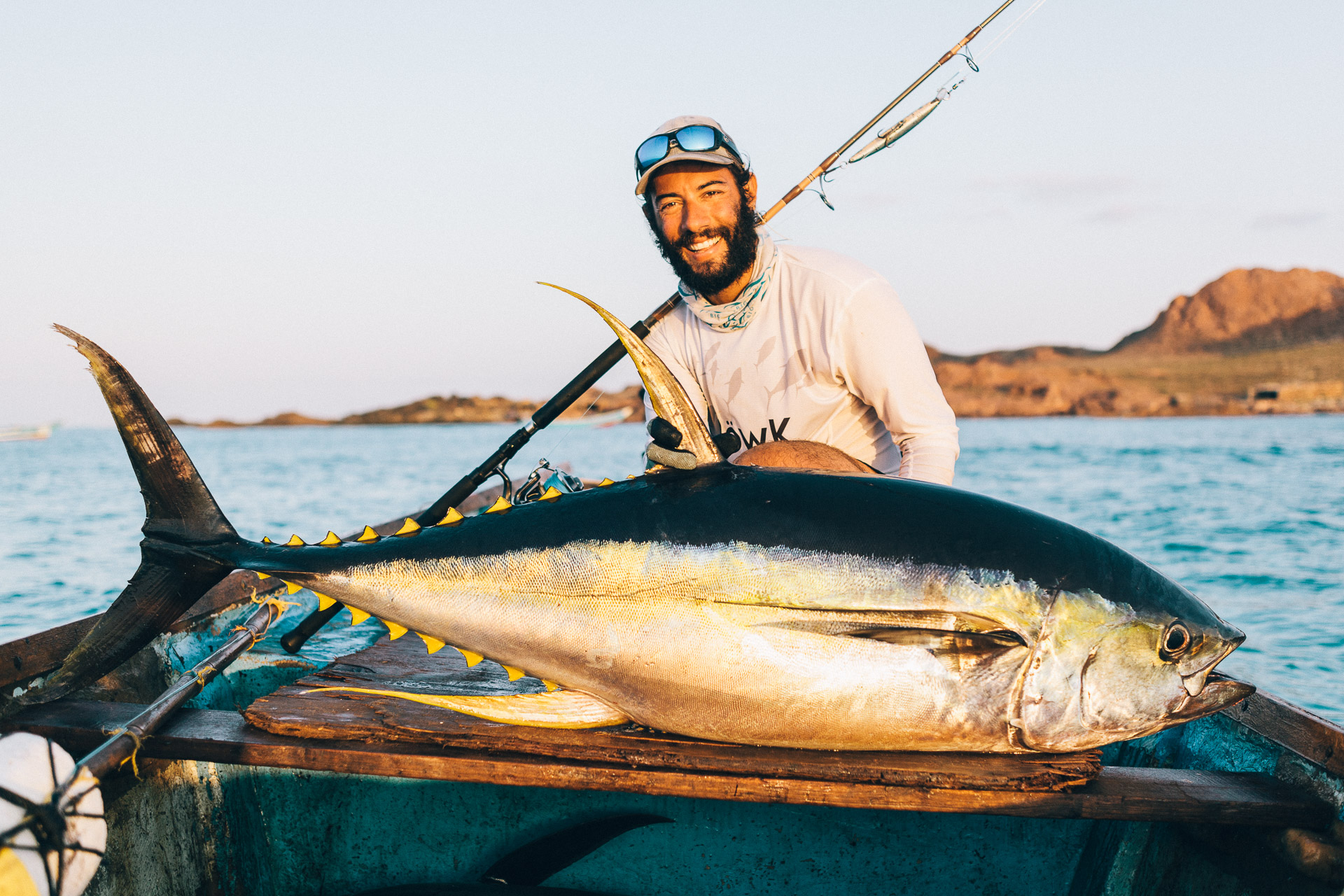 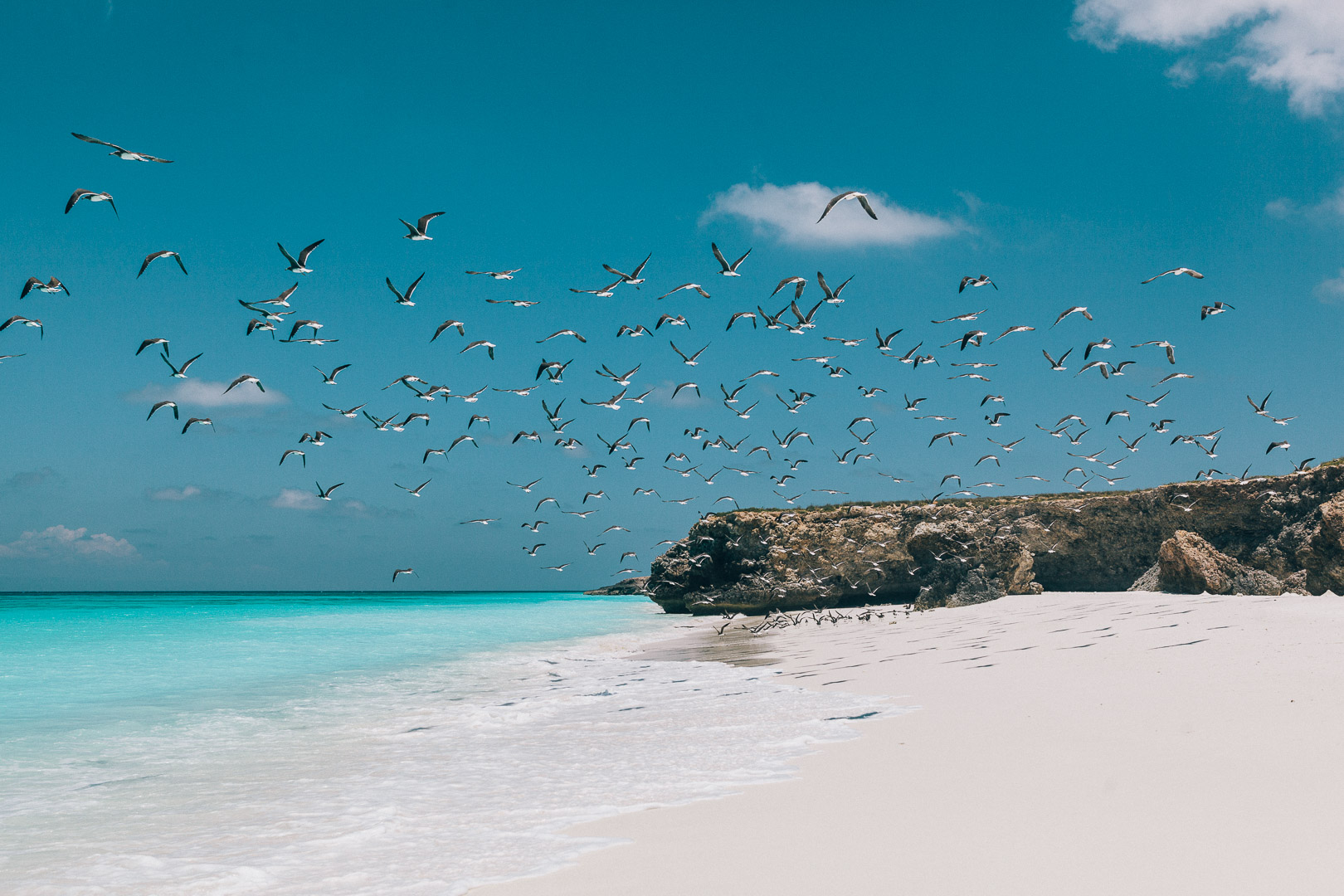 Socotra’s fauna is fascinating, with the island being home to 225 species of birds, 6 of which are endemic (Socotra sparrow, Socotra Cisticola, Socotra Starling, Socotra Sunbird, Socotra Warbler and the rarest Socotra Bunting).

It is also a host point for many migrating and breeding birds of over 45 species such as Flamingos, Cattle Egrets, Reef Herons, Gulls.
A very visible part of the bird population is the Egyptian Vultures, with Socotra having the highest globally recorded density.
There are 190 species of butterfly and 600 species of insects both with high proportion of endemics (approx 90%).
The reptilian fauna is also very rich with 19 out of a total of 22 species regarded as endemics.
Domestic goats, sheep, cows and camels are common across the island. Bats are the only mammals native to the island, with a lucky few being able to spot the elusive Civet cats that stalk the island looking for prey.
Socotra’s marine world has a mixture of species from different biogeographical regions (Western Indian Ocean, Red Sea, East Africa and the wider Indo-Pacific). Despite being a small archipelago, Socotra island is home to more than 730 species of coastal fishes, 230 species of hard corals (five are endemics) and 30 species of soft corals. In addition to 300 species of crustacean (nine are endemics), 490 species of mollusks, and 230 species of algae. Sea-turtles nest on the north of the island and an endemic fresh-water crab, Potamon socotrensis, is common in water streams.

Scientists first reached Socotra in 1880 when Scottish botanist Isaac Balfour collected around 500 plants, of which over 200 species were new to science.
To date over 835 vascular plants have been recorded from the Archipelago, of which 308 are are found nowhere else on Earth. Meaning  an impressive 37% of plants are endemic; only Galapagos, New Caledonia and Hawaii have higher numbers.
Because of such high diversity and endemism in plants, the islands have been declared a UNESCO World Natural Heritage and UNESCO Man and Biosphere Reserve.
The flora of oceanic islands are often particularly rich in species and show a high degree of endemism. Here is thanks to the long geological isolation and its harsh climate. It is believed that some of the strange-looking plants are in fact ancient remnants from a much larger land mass which have been preserved here as a result of the fact the Hagghier mountains have not been totally submerged for several millions years.
Many aspects of the flora of Socotra are of special scientific interest to botanists but also to non-scientists. Probably the most famous is the “dragon’s blood tree”, Dracaena cinnabari. The tree is so named because any injury to the bark results in a deep red liquid exuding from the scar. The sap has been used cosmetically and medicinally on Socotra and elsewhere since ancient times. Another tree with a long history of importance is the Frankincense. Eight out of the twenty-four species producing frankincense are endemic to the Socotra Archipelago.
Several trees of Socotra have adapted a bloated trunk which stores water, helping them to survive the arid environment. Probably the most famous example is the desert rose, Adenium obesum socotranum, also commonly known as the bottle tree. Equally interesting is the cucumber tree, Dendrosicyos socotranus, the only arborescent member of the cucumber family and one of the tallest trees on Socotra. 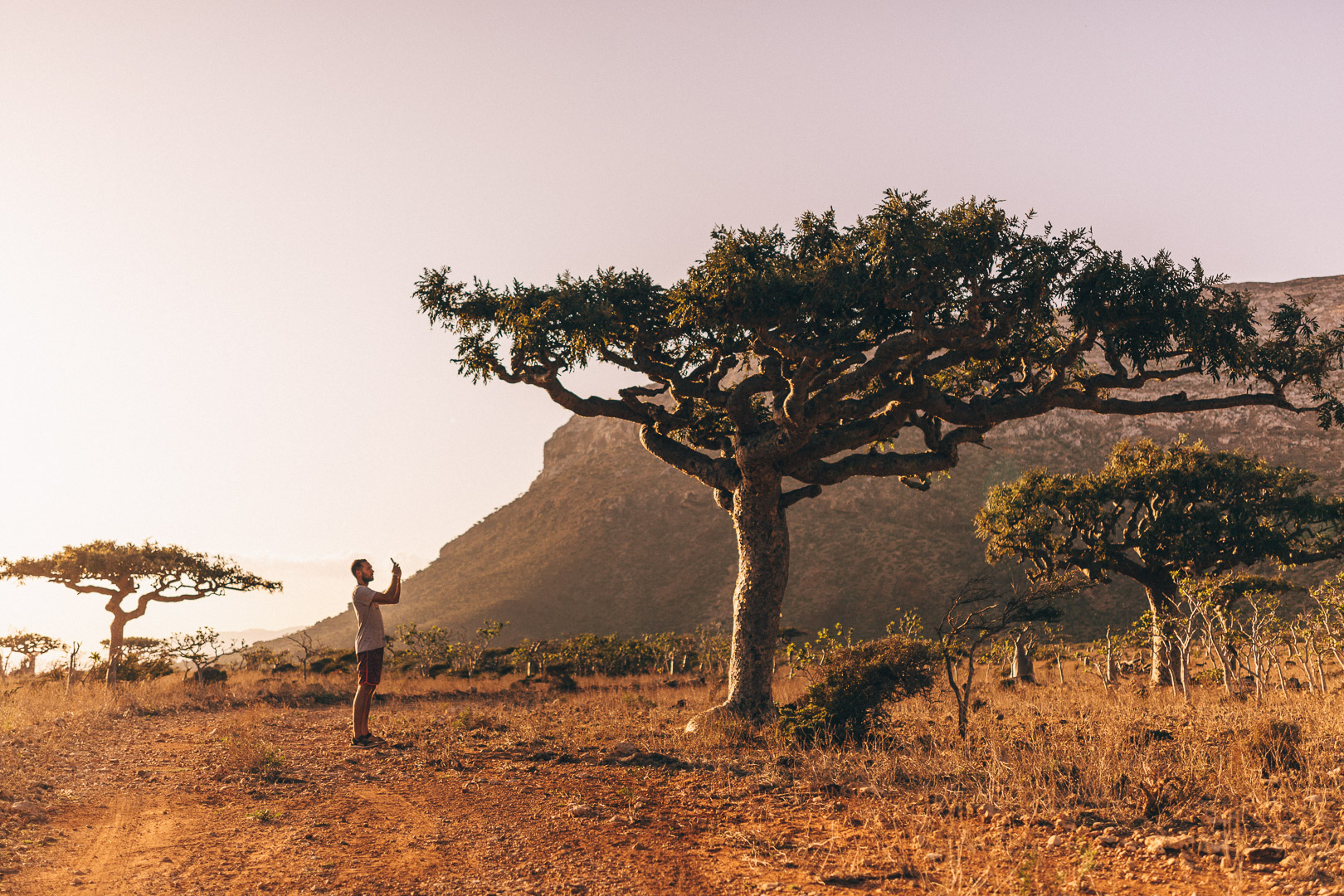 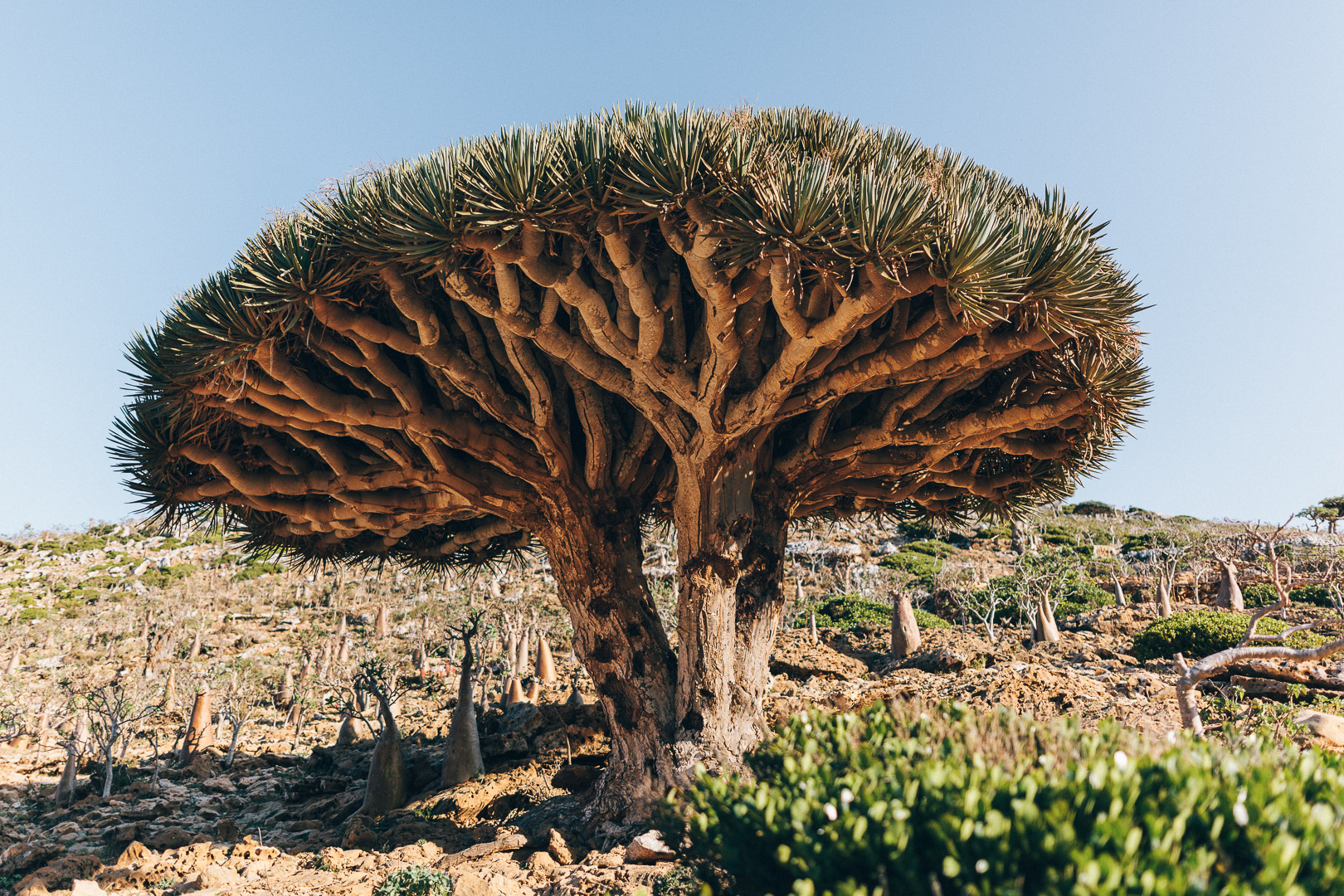 EXPLANATIONS FOR THE ORIGIN OF THE SOCOTRAN FLORA

The endemic flora of Socotra appears to largely represent relict populations of formerly widespread taxa. So where did the endemics, or their relatives, originally come from? There are two possible explanations: that the flora is an ancient remnant, representing relicts of the flora that originated on Gondwana; or that it has migrated into the islands from neighbouring continents.
The theories are not mutually exclusive: different taxa have different stories and both theories are supported by the distribution of related taxa from Socotra and a wide range of other geographical areas. Given the proximity to Africa and Arabia and the way the monsoon winds blow it seems like the migration in and out of the islands has played an important role. However, the stable geology and relatively moist, oceanic climate must have allowed plants to survive and evolve here over much longer time periods than in the harsher environments of the neighbouring continents.

In general the islands are sparsely vegetated. The development of the vegetation is strongly influenced by the dessiccating winds that sweep in summer. In consequence it is only in sheltered valleys, escarpments and the high mountains that woodland develops. In general the exposed summits of the limestone plateau are covered with sparse shrubland or low woody-herb communities, with more luxuriant vegetation developing on cliffs and in gullies. The coastal plains are largely subdesertic with open shrubland. 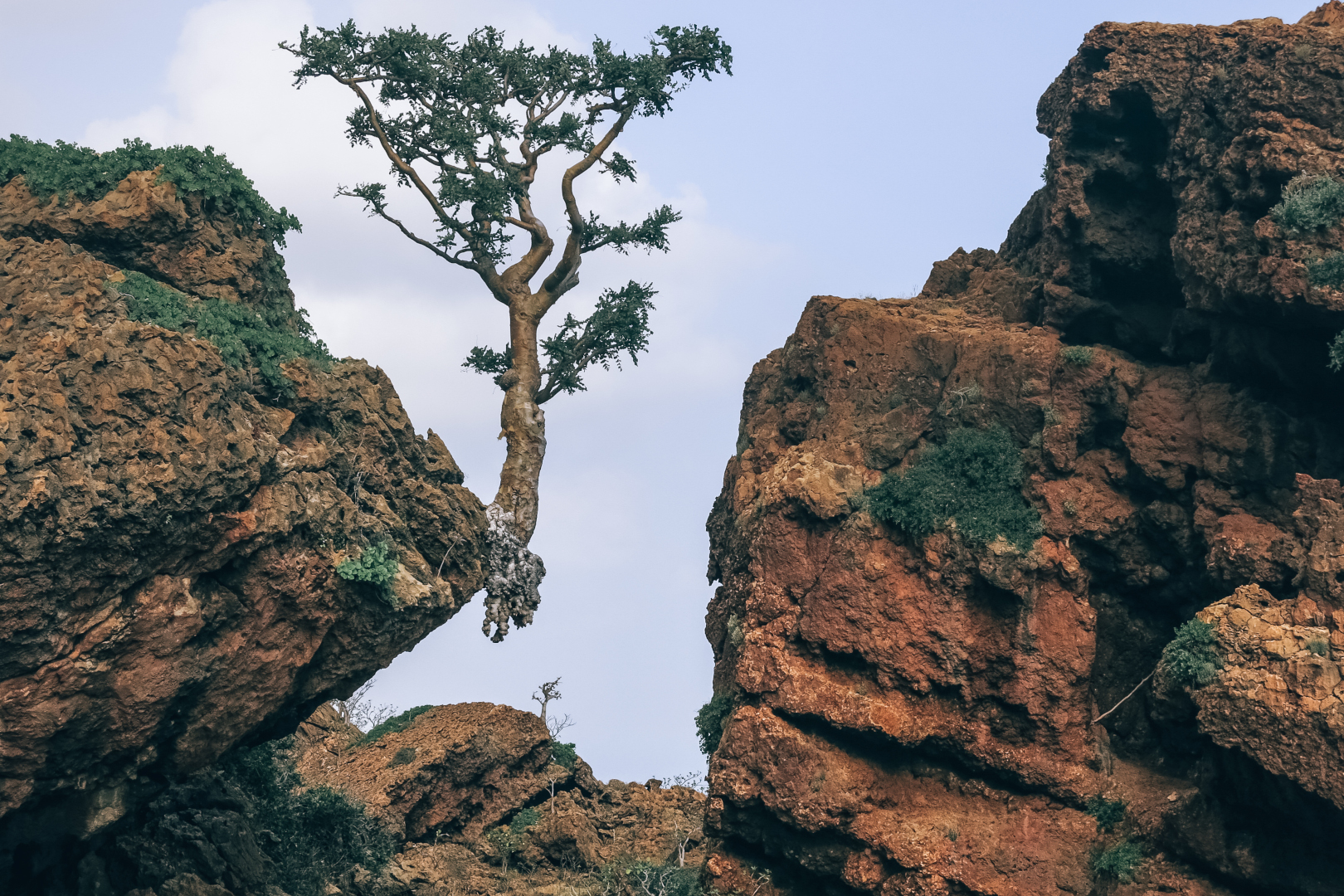 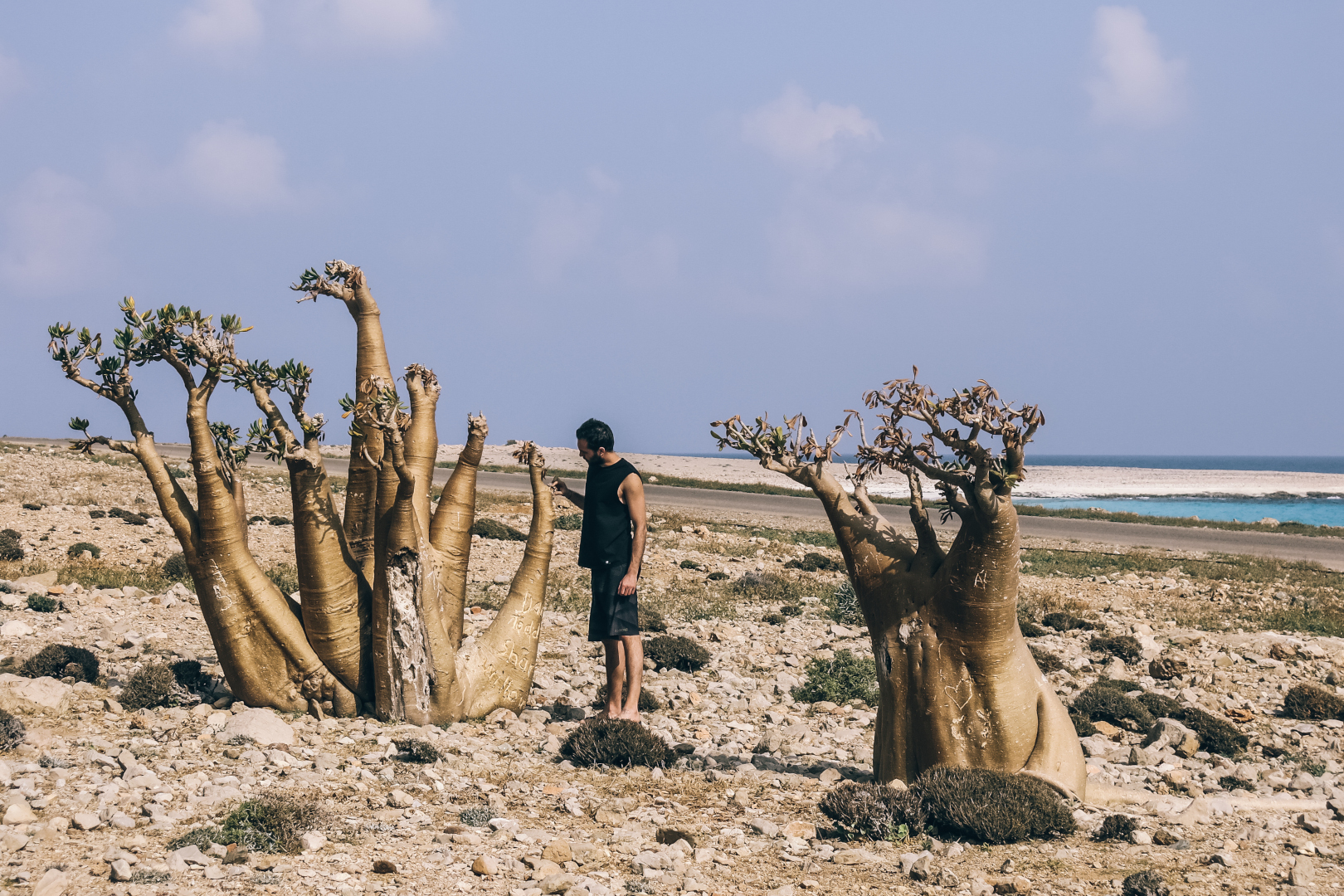